I woke up to quokkas and peacocks outside my door on Sunday. What a way to start my morning! 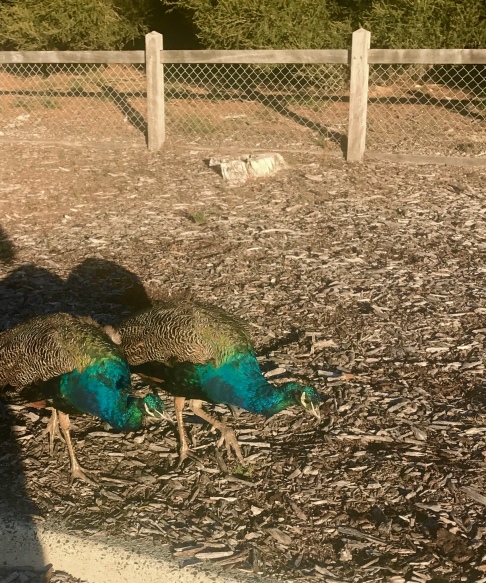 For those who do not know what a quokka is (I did not until I got to Oz), a quokka, in my own definition, is a mixture between a rabbit (because it hops and of its size) and a rat (its body and tail). The island literally got its name from these cute critters with its name meaning “rat’s nest.” Rottnest has successfully marketed quokkas, which only inhabit a few islands off of Perth, as selfie attractions. It took some time, but I got some selfies along with a few kisses. 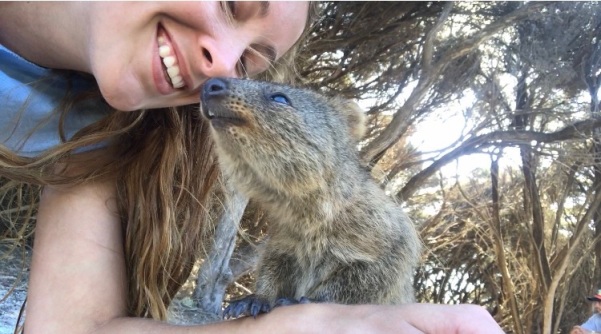 Nicole, Sierra, Barry and I biked almost the whole island again Sunday, but it was definitely a more relaxing ride. We stopped at a series of bays, including Parakeet, Little Armstrong, City of York and Stark. We ended the day sitting on a bench in the shade, watching people wipe out on the blow-up course in the water. 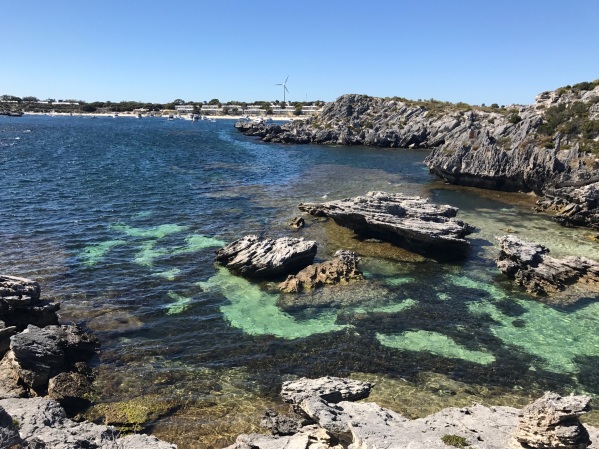 We cut through the middle of the island on the way back to base. To my surprise, we came across a pink lake! I am so happy I finally got to see one up close. In person, it is really just loads and loads of salt that turns into an icy pink color, that eventually mixes with the water. It was an exciting sight to see! 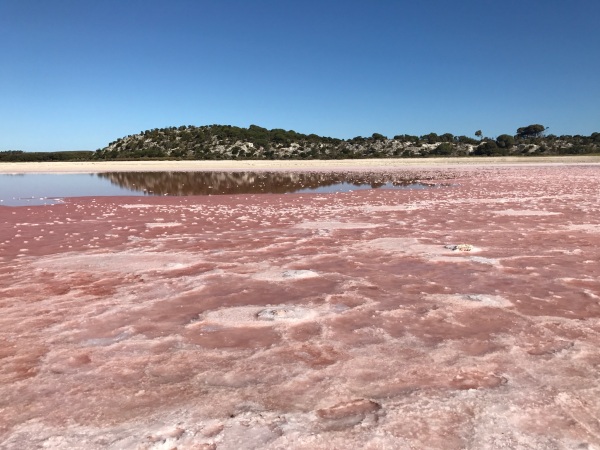 Rottnest definitely treated me well, and I could not believe that the picturesque piece of land was so close to where I live. With its crystal clear waters and cliffs that lend a phenomenal view, this is a special place that the people of Western Australia are lucky to have.