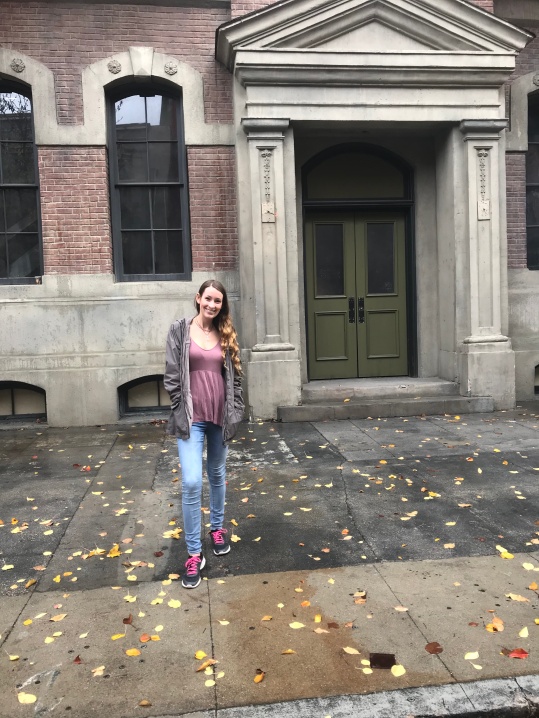 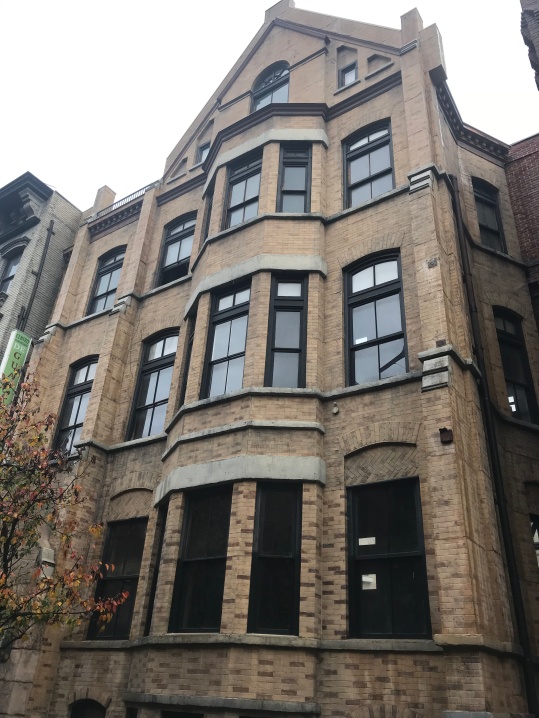 I saw this façade, along with many other recognizable buildings (such as the original Annie orphanage building) due to my participation in the Warner Bros. Studio Tour today, a two hour ride on an oversized golf cart through different filming streets, sets and stages. Through the tour, we learned an abundance of behind the scenes knowledge and tricks they use while filming, such as using a vinyl sticker in place of wood flooring, tilting glass to prevent a reflection of the camera, how they often paint leaves to achieve the best look and the different materials they use to mimic the look of real brick, cement, or even gum on a busy street.

I have been to one other movie studio before: Cinecitta in Rome. Since then, I have been mesmerized by film makers’ abilities to completely build or remodel a set in order to perfect their vision and shoot a scene. It’s really impressive that the same storefront Warner Brothers used decades ago has been reimagined again and again to create something new, and mask it so that it never looks the same in two different films. (Fun fact: There is still one piece of the original Casablanca exterior left at the studios).

Additionally, imagining the talent that has walked the same streets I did is incredible. I saw the lot where Frank Sinatra and George Clooney would land their helicopters to avoid the Los Angeles traffic. I saw where Sarah Jessica Parker met with Matthew McConaughey in a scene in Sex and the City. I saw a building in Ru Paul’s new show, the building in which Emma Stone worked in La La Land, the art museum the stars of Pretty Little Liars walked into in an episode of the show and the street with an apartment Audrey Hepburn used in one of her movies. I saw where Toby McGuire hung upside down and barely made it through his lines to kiss Kirsten Dunst because he was basically drowning (they had to shove cotton balls with Vaseline up his nose to help). And of course, I saw spots with varying scenes from Friends, Big Bang Theory and more. The extensive history of stars who have acted on these grounds and the movies and shows that have been created at these studios in awe-striking.

And then there were the inside highlights, such as seeing Ellen Degeneres’ studio and of course Central Perk, which included a photo on the famous couch as seen in Friends. In case you were wondering, Ellen has seats in her audience dedicated to celebrities such as Meryl Streep and her favorite quarterback, Drew Brees (I sat in his seat). 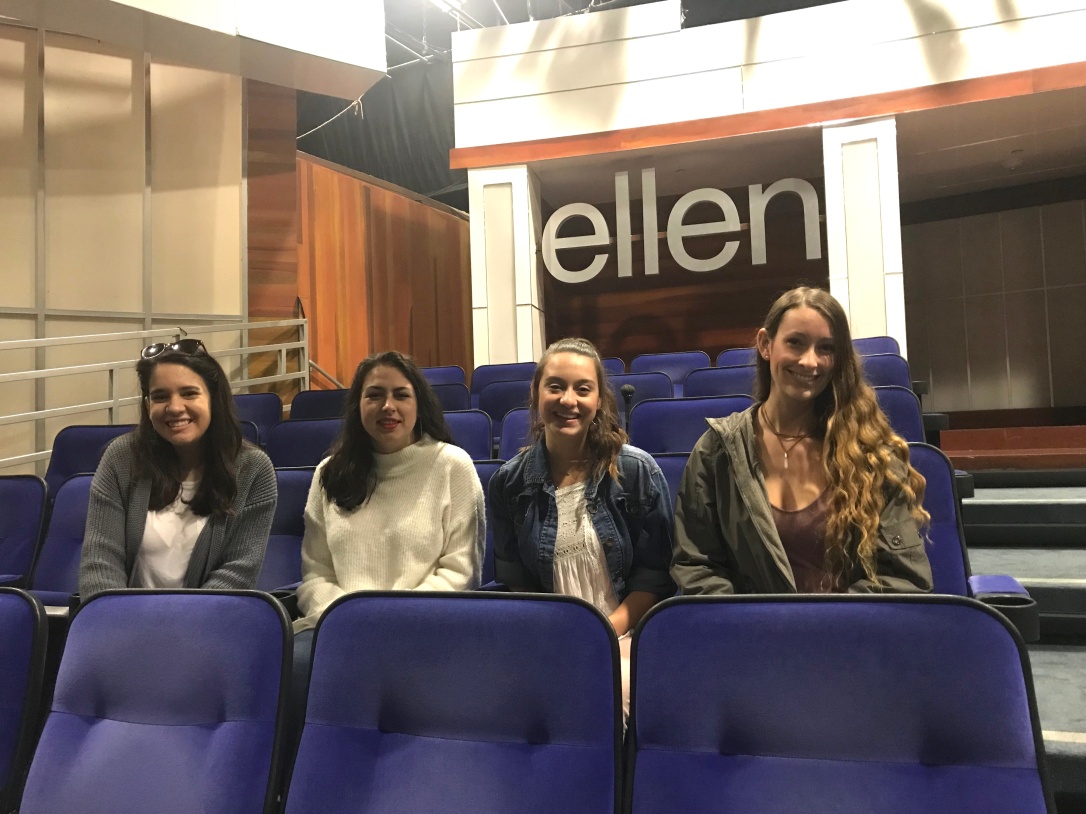 My favorite part, though, was the unexpected exhibit of a large amount of Harry Potter memorabilia, and the interactive part that sorts you into a house. I got Gryffindor!

Studios are so special, because they not only hold so much history and importance in the film and television industry, but the tours they offer give an opportunity to connect fans with that history.  I could go on and on about all the fascinating facts I learned and unbelievable things I saw, but I am not trying to write a book—and if I ever do, it’s not going to be about a WB Studios Tour.

3 thoughts on “LA Day 3: A Look into a Warner Bros. Studio Tour”