Thursday was another empty day that was filled with last-minute plans. Even though I was dancing for about two hours straight the night prior, I still woke up early enough to get a quick exercise in and to make myself two eggs before the bus came at 8:40 a.m. Nicole, Brian and I, all being the early risers of our group, found a beach to check out that was only abut 40 minutes away.

Traveling this far to a beach is huge for me, because it is only a fifteen-minute car ride to the ocean at home. This beach was in North Fremantle, instead of being directly in Fremantle like the last one we visited on our own. We hopped on the bus at Murdoch, got off at Fremantle Station, and took the train one stop to Leighton Beach. It was really smart going to the beach so early, because like I have said before, the sun in Australia is intense.

After about two and a half hours of lounging and swimming, we headed back to Murdoch to eat and nap. Before dinner, Brian and I walked to the university center for a cultural presentation by the Nyungar (Noongar) people, an indigenous people who live in the southwest corner of the continent. They brought many items with them, which I have posted some of below. 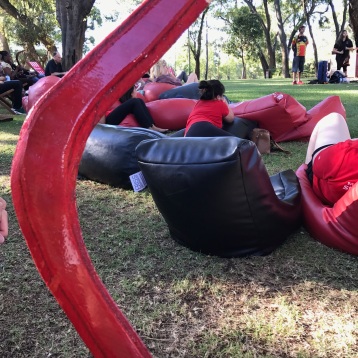 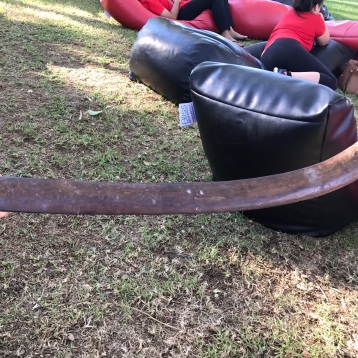 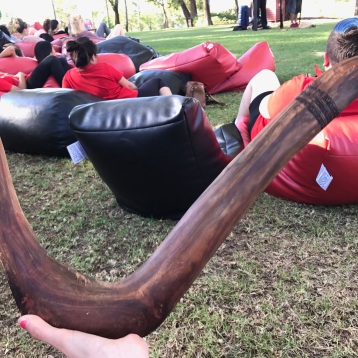 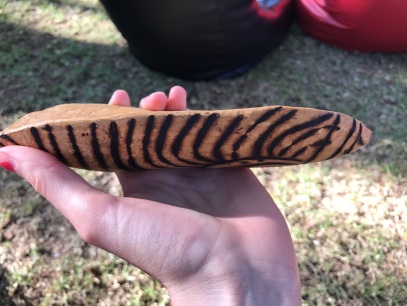 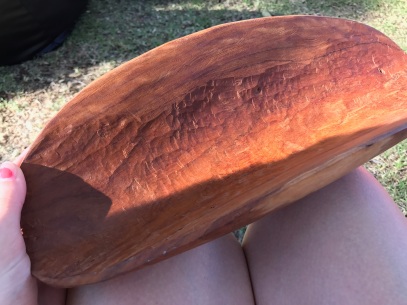 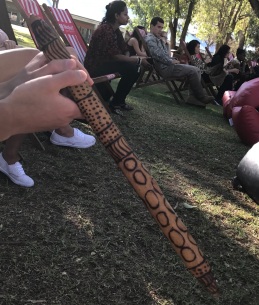 Pictured on the left is a bowl that is traditionally used for gathering berries. Larger versions of these bowls are used to carry babies. The stick on the right can be used for various things, such s digging up roots. 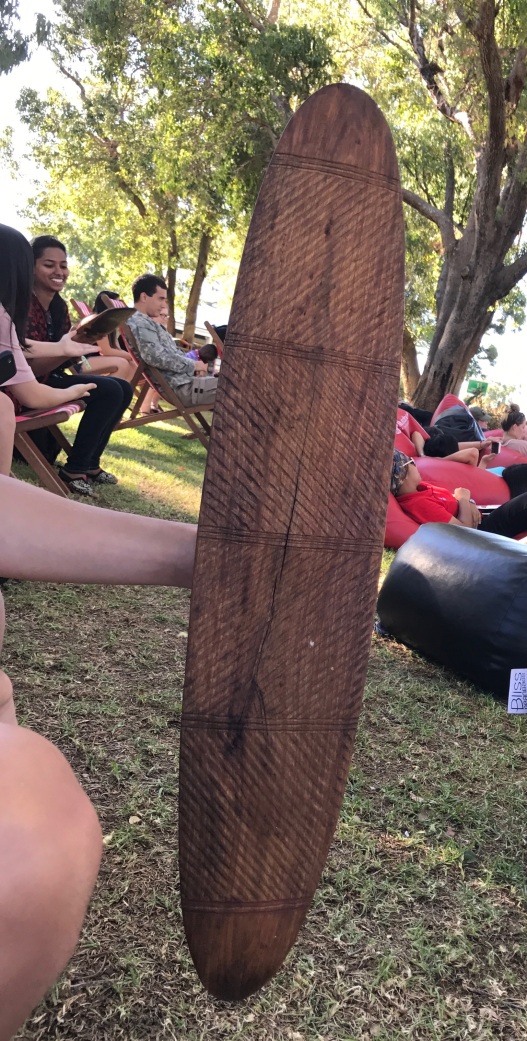 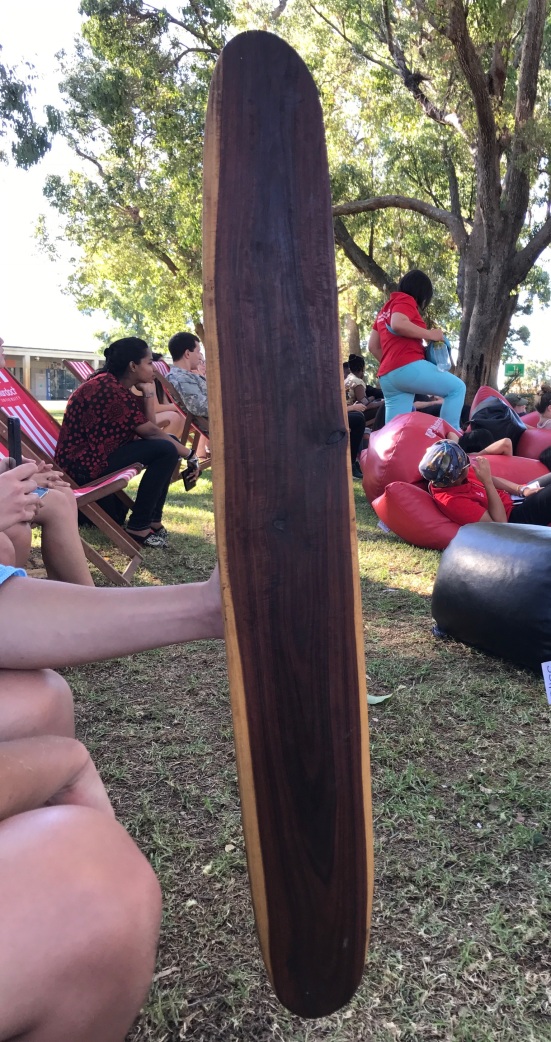 Above are shields used for protection and dance.

To finish the presentation, the performers showed us how the Noongar people used to make paint, played a Didgeridoo, which is an instrument not original to the people, and performed some animal stories and a dance. As always, it was interesting learning about some of the history of the area’s original inhabitants. 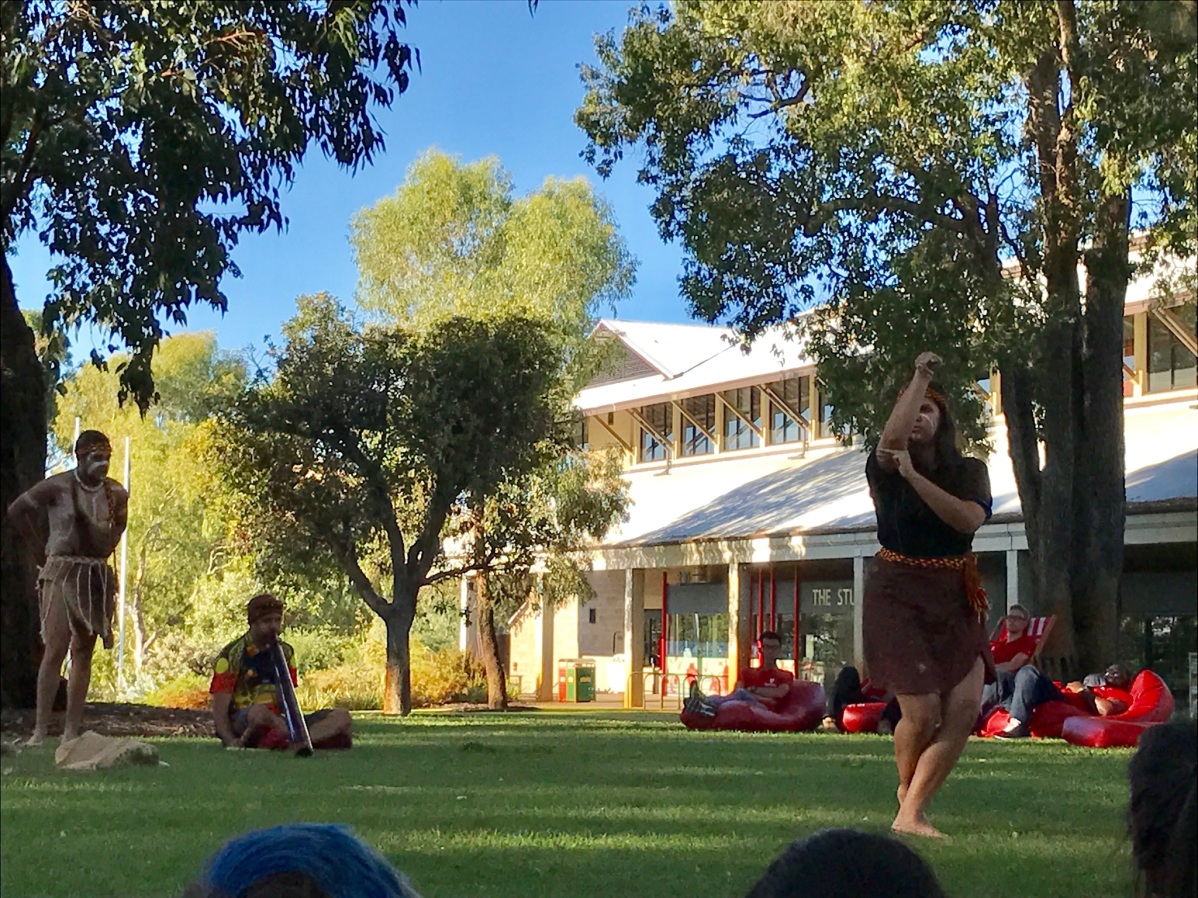 Thursday night was highly anticipated, as it was the International Student Welcome Dinner. The coordinators split everyone up into teams, similar to orientation, so we were forced to talk to new people. The first game was a quiz about Australia. Each team was given a roll of tin foil for the second contest, and we had to make creations and then present them to the room. It was actually a really fun time, and the food was spectacular. Dinner was a buffest of pasta, rice, roasted vegetables, salad, bread, beef and chicken. Dessert consisted of apple crumble and bread pudding. I wish I could eat like this every night!