I can’t believe it is our second and last Saturday in London! Olivia and I are so tempted to stay, but I do not think immigration would be too happy about that.

Today was another day planned with “London Fam” and we headed to Greenwich for a nice afternoon in the park. The town itself is adorable, boasting with shops and eateries. 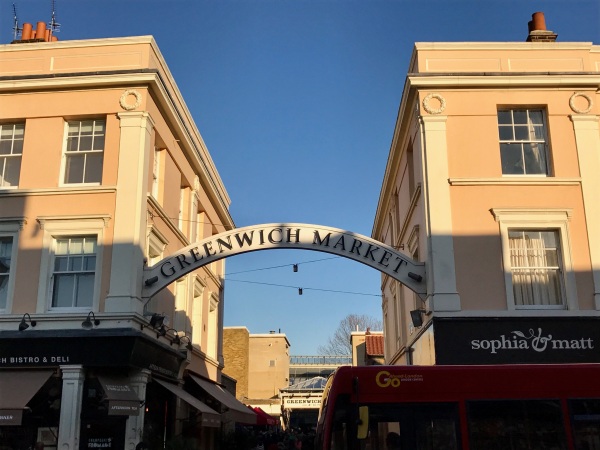 Once we got into the park, we realized entry to the National Maritime Museum is free (donations are encouraged), so we decided to take a look. There was so much to learn about, from huge British battles at sea such as Jutland and Trafalgar to the history of the slave trade. 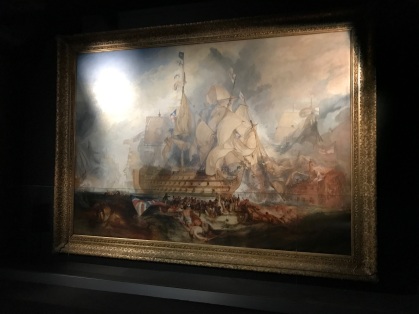 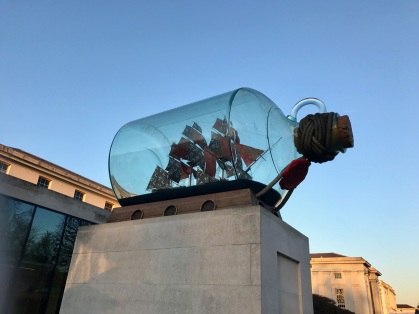 We left the museum before sun down so we could walk up the hill that leads to the Royal Observatory and a view of the park with the city in the background. Also seen from this view is the Queen’s House and Old Royal Naval College.

Before heading out, we strolled to the water which hosts more shops and also a member of the National Historic Fleet, Cutty Stark. This steamship was part of the tea and wool trades and then used as a training ship until she was retired in 1954.

After Greenwich, we all headed back to the home to relax before an exciting night out. Hooray for another successful Saturday with the English friends!