After a lazy Sunday, Monday was a day full of my favorite thing: touring. First on our list: a walking tour of Soho, Piccadilly Circus and Chinatown. Our guide walked us through these areas and pointed out buildings of significance from Her Majesty’s grocery to the last place the Beatles played as a band. Instead of explaining it all through text, I thought photos would let you jump into London with me.

Piccadilly Circus is basically London’s version of New York’s Times Square. The tour guide was flabbergasted when she saw that what she identified to be the first electronic advertising in the world was shut off. Apparently, the screens are off due to renovations. I found it comical when our guide repeatedly said how crowded the place was, as it was nothing compared to New York. 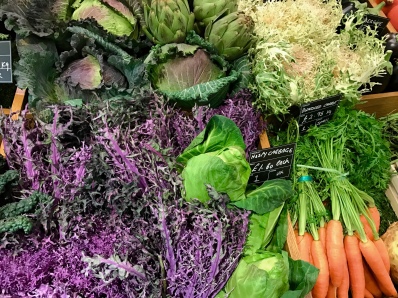 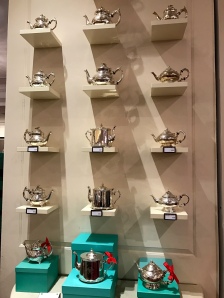 Fortnum & Mason (F&M) is an upmarket department store and from where the Queen apparently receives her groceries. The photo on the left is the outside of the store and the photo on the right are silver tea pots, some valued as much as 500 pounds. 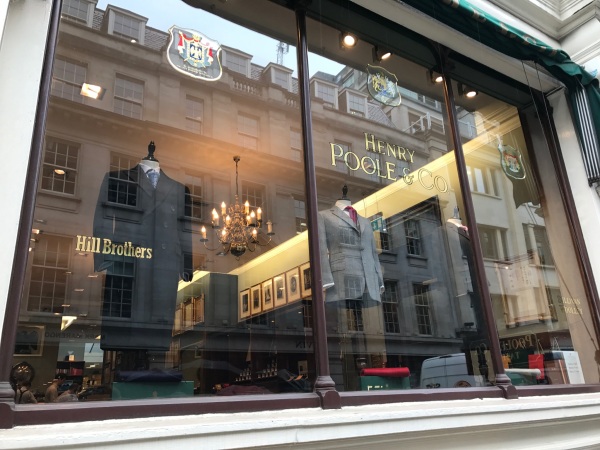 Savile Row is where the most elite people can be seen window shopping and being measured for custom-tailored clothing. Henry Poole and Co. has a long history of dressing royalty and high class folks.

A slideshow of my favorite photos from Soho.

Left: A house in which Wolfgang Amadeus Mozart composed. Middle Left: A very famous jazz club, which has housed many celebrities and is said to be the last place Jimi Hendrix was seen alive. Middle Right: A house in which the first television demonstration was conducted. Right: Now a pub, this used to be where John Snow performed research to cure the cholera outbreak that occurred in Soho in 1854. He is said to have prescribed beer from a local pub, because he realized cholera was mostly killed in the distillation process of beer-making, but a small strand still remained, making people resist the disease. He is the father of epidemiology and helped force change in the water and sewage systems in London.

The tour ended in Chinatown. I am glad I signed up for this tour, as I would never have noticed most of these spots on my own, nor would have received the knowledge I did. I loved that there was so much about the era of “sex, drugs and rock&roll.” With that being said, on to the next tour!