Tuesday I had to leave my new found love, but I had more amazing experiences awaiting! Pop Pop and I had a very relaxed morning and jumped in our car in the direction of Budapest. However, we had other places to visit before we arrived in Hungary.

We were originally planning to take a tour of Bratislava. If we were going to the Czech Republic, we couldn’t just ignore what used to be its other half! However, Lida recommended two cities in Czech, so we thought we would give one of them a try.

Our first stop of the day was a town called Valtice, which is in the South Moravian region in the Czech Republic. Its tourist attraction is the Valtice Chateau, a Baroque castle that was the former residence of the Lichtenstein family. I loved this castle because it was a much different style than what I have seen before. It was a charming yellow and seemed light, airy and welcoming. We also ate lunch at the Amaria Restaurant, situated right around the corner from the castle.

Driving on the highway was quite pleasant, as all the major roads that I have experienced have been recently paved and are smooth to cross. Luckily, we did not hit too much traffic, although we passed a ten kilometer gridlock heading the opposite direction from us. We drove through countryside filled with plant, flower and windmill farms, which were fascinating to see. The countryside was fairly flat with small red-roofed towns sprinkling the landscape. 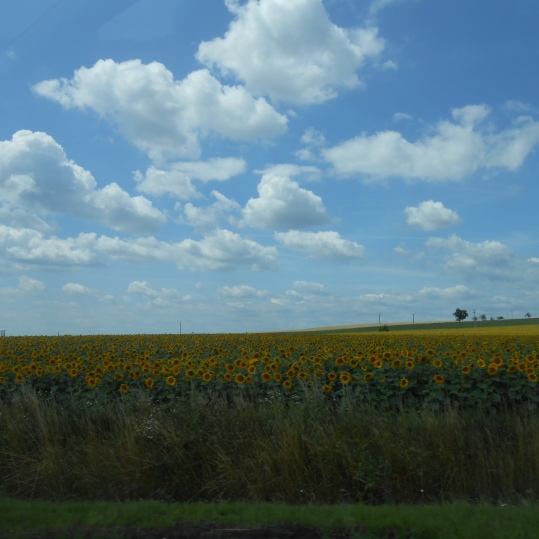 A field of sunflowers 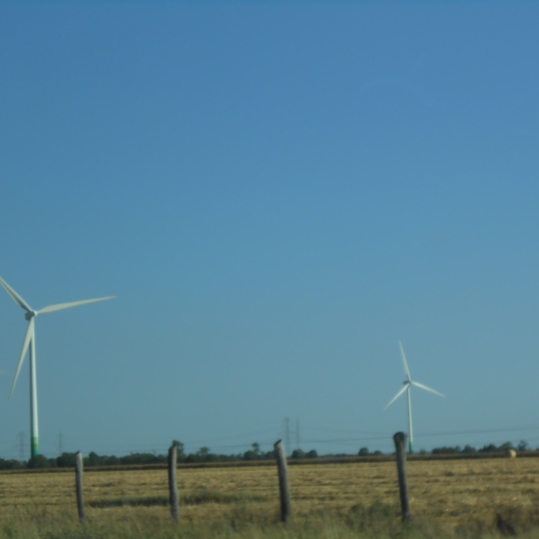 Our second stop and second country of the day was Bratislava, the capital of Slovakia, which, together with the Czech Republic previously constituted Czechoslovakia.  We did not have much time here, but after driving in circles to find parking and asking a few people for directions, we found the historical part of town, which completely diverged from the small, modern city I first saw as I entered the area. On our self-guided tour, we noted walking past Old Town hall, the Franciscan Church and Monastery, St. Michael’s Gate and the Trinitarian Church. We also saw the Bratislava Castle and Grassalkovich Palace from afar. There was an orchestra playing on a stage outside of the town hall, which was very unexpected and pleasant. It was a great little stop in a town I never once imagined visiting.

Our third and final stop of the day was up next: Budapest. Budapest was not extremely awe-striking from afar, but once we were in the city, I was completely fascinated. We entered our hotel, the La Prima Fashion Hotel, and my jaw dropped. The main lobby looked nice, but nothing too fancy. When we got to our room, however, I thought I was a Kardashian for a second. We had a business suite, so as we entered, there was a small sink area which lead to a round meeting table and a small half bath off to the side. Then, we walked up a modern flight of wooden stairs and BAM! It was like a modern, beautiful loft. Pop Pop had his own private bedroom, while I had a comfortable pullout couch. We both had our own televisions, even though they wouldn’t be used much. The bathroom was absolutely ginormous. There were separate sections: a toilet and sink enclosed in one room, a huge bathtub and sink in the main area and a shower in its own room. I guess I can call it a shower room. I was awestruck and could not believe this is where I would be staying.  We quickly got situated and then strolled along the main boulevard around the corner from the hotel. There were so many people out and about, and I really enjoyed our brisk first acquaintance with this amazing city. I almost started getting the feelings Prague gave me, but I told myself I would have to wait and see how I would enjoy it in the morning.