We got back from our ATV adventure around 2:30 in the afternoon and we were not exactly sure what to do. My dad was set on surfing, but also wanted to go to the shops and take the golf cart for a spin, my sister wanted to relax and I just wanted to do something. After a little bit of debate, we decided to have a more relaxing afternoon and explore the campus of the Marriot and then hit the beach. 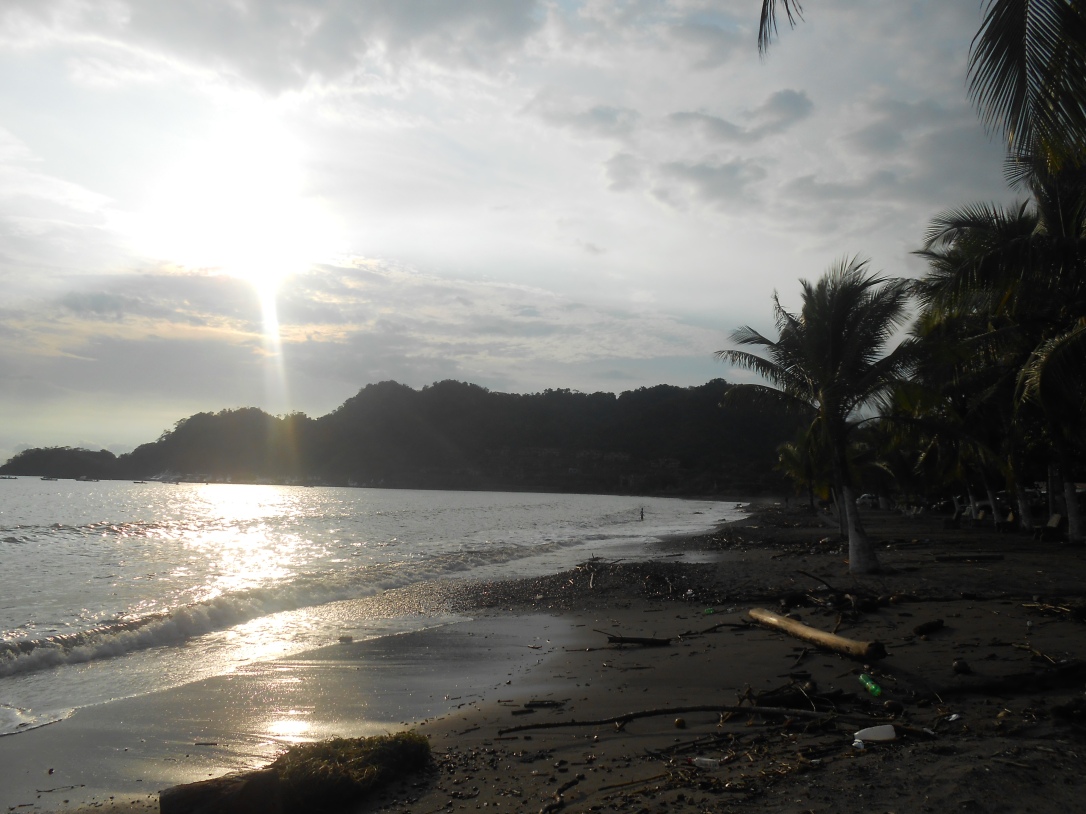 I had never driven a golf cart prior to this trip, so driving it was thrilling. We took it up, down and around the pavement stone streets of the resort before heading to the local beach. The beaches here are not as much for bringing a towel to lay on like the ones at home. People do hang out there, but it is not quite like I am used to. We decided to walk up the shore a bit and we noticed a lot of debris. Apparently that is because there are several rivers that feed into the bay around the corner from this beach that pick up garbage and carry it through into the ocean. As we were leaving the beach, we spotted some macaws, which was the first time I saw them in the wilderness. The birds are so elegant when they soar through the air and their feathers are so vivid in color.

We drove back to the hotel where we did our own thing until dinner time. I took this as a chance to get one more dip in the pool, which I did earlier in the morning prior to breakfast. How many times will I be in an infinity pool overlooking the ocean in Costa Rica? Unless I am marrying a celebrity, I needed to take advantage of this opportunity. My dad also joined me, as I suspected he would, so that was nice as well.

Finally, it was time for dinner and we all piled in the truck and ventured off to a stunning boutique hotel on the edge of a cliff that has a huge amphitheater that overlooks the water. It was dark once we got there, but if you look here, you can see what I am talking about. The grounds were gorgeous and the food was absolutely delicious. The coolest thing we discovered was the noise of large frogs. It is hard to explain it, but it sounded like the motor of a tiny motorcycle off in the distance. Once we had enough of the bugs trying to eat us, we headed home to pack.

Tuesday night was the perfect ending to a remarkable vacation. I never thought I would visit Costa Rica, let alone zip line, ATV and boat through the rainforest, interact with the monkeys, catch 40-50 pound tuna or swim in an infinity pool overlooking a beautiful coastline. I was sure lucky to do this and I hope one day I can live like this again. Until then, Pura Vida!